AdaVenture is a kid-friendly retro point & click game,  intended to be a minimal extension to 3D of the original 2D Atari game named "Adventure", but with some artistic extrapolations.  Now runs on Windows, OSX, and GNU/Linux.

Set in ancient Persia, it begins outside the castle of the young King Xerxes, who inherited a magical golden chalice from his father, Darius the Great.  Coveted by Greek foes King Leonidas of Sparta and King Minos of Crete, the chalice has been stolen.

Your quest is to seek and return the royal chalice to its pedestal within the castle of Xerxes...a stealth mission to preclude open hostilities.  But, there will be obstacles to overcome.  You must find the keys to various realms, defend yourself against dragons and the Minotaur, avoid snakes and pesky bats who steal things only to drop them in random locations, and survive the maze of the green mamba and crazed scarabs.

## AdaVenture Game Features
* When looking closely at a pickable object, a hand will appear indicating that a click will pick up the object.  When holding an object, another click will drop it at the current location.  Only one object at a time may be carried.
* Works on PCs or laptops running Windows, OSX or GNU/Linux.  And if GNAT is installed you can build it yourself!  But first try the delivered binaries.
* Windows, GNU/Linux and OSX binaries provided, as well as full source. * Laptop friendly controls;  supports Mac Retina displays in high DPI mode.
* Serves as an example of modern OpenGL programming in Ada or C++ using GLSL 330, shaders, uniforms and Freetype fonts.
* The Ada bindings to OpenGL & GLFW in this app are usable as a standalone library for most any modern Ada graphics project.

* The game has four levels.  One fairly easy campaign in Sparta, with a more difficult variant due to thick dark fog.  These are the top two.  Similarly, there is a tricky campaign in Crete, and an even more difficult dark variant.  These are the bottom two, showing Minotaurs.  You select the desired campaign at the beginning of the game.  You can save the current game by using the v-key.  This allows resumption later.  You must replay from the beginning if you die before saving.  Saving the game state is a relatively new feature, so bugs are possible.

* To change the appearance of the avatar, simply download your favorite MineCraft Skin, rename it to "skin.png" and put it into the ./data/ directory.  You should probably backup the current skin before you do this, in case of trouble.  See http://www.minecraftskins.net/.  See also ./data/avatars/ for a small selection.

[You might need to disconnect unused gamecontrollers to prevent spinning!]

Look direction is controlled by touch pad or mouse;

Movement is controlled by the WASD keys or the arrow keys:

In case of unexpected control problems with the game, or if you want to easily inspect some curious feature (like Jupiter in the night sky), temporarily switch to 1st-person mode with the (m)-key.

Open a commandline terminal, and cd to the install directory.

Linux users should type "adaventure_gnu" to start the game.  You may also double click its icon in file manager.

Mac users may initiate the game by navigating to the installation directory in Finder and clicking the "adaventure.app" icon named "AdaVenture".

The install_directory should contain Windows DLLs, and a subdirectory named "data". It contains shaders, skyboxes, sound and texture data, as well as the puzzle definitions. 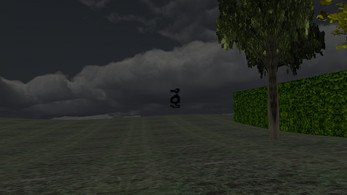 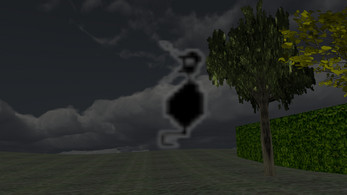 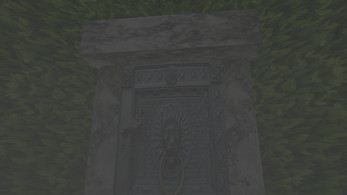 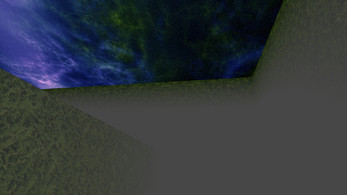 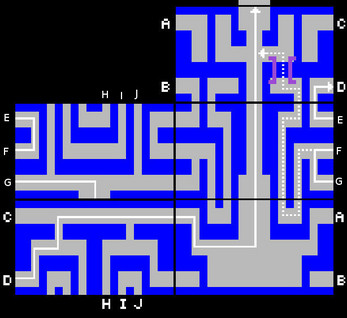 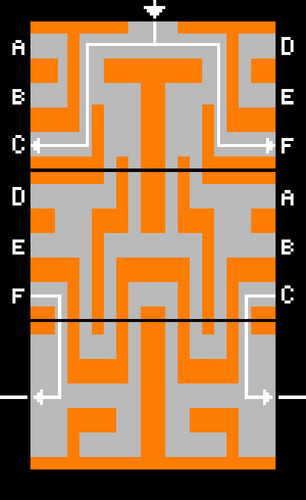 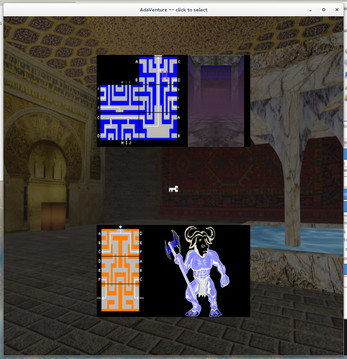 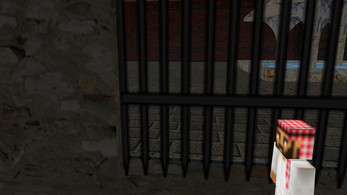 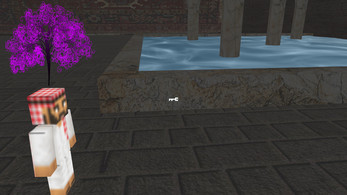 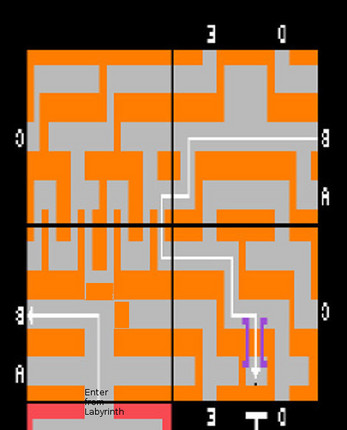 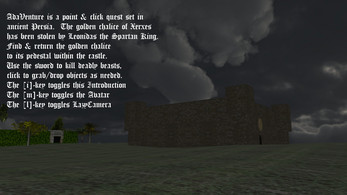 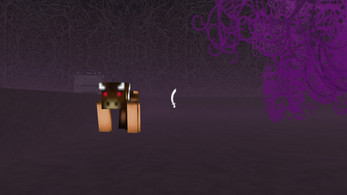