* Now request only high-priority rather than realtime-priority;
* Now deliver 7z archives for better compression and simplicity of extraction on all 3 platforms.

TerminalApps contains terminal [command-prompt] games that run on msWindows, OS-X and Gnu/Linux, and can also be rebuilt after installing the GNAT GPL Ada compiler.

Usable keys for all:

For this game, keyboard setup is critical to playability.  One must have a very short key-delay and fast repeat setting.  The arrow keys, or wasd-keys, or ijkl-keys control movement.  The (x),(q) keys quit;  (p) pauses game.  Note that there is a parameter called "tick" inside tpac.adb that is currently set to 0.2 seconds.  Advanced users might want to adjust this number, then recompile.  It controls game speed (smaller implies faster).  Suggestions are welcome.

t7 is a flat representation of a 2x2x2 cube with one missing that allows sliding permutations. Here, the 8-1 elements are labelled 1..7.

taz is a flat representation of a 3x3x3 cube with one missing that allows sliding permutations. The 27-1 elements are conveniently labelled with the english alphabet.

* note the original order, and blank location;
* mix;
* then restore.

A character in an adjacent row, column, or layer may be moved to the empty space using the keyboard.

Horizontal and vertical strings of letters represent cars and trucks in a crowded parking garage. The objective is to move them around lengthwise in order to be able to get car "a" to the exit, which is either at the right or top of the garage. Note that the last digits in each puzzle name represents the minimum number of moves to win.

Now, an autosolver is embedded into this game. At any time you may press the (=)-key to begin stepping toward a solution.

Blocks of letters can be moved wherever there is space. The objective is to move the block labelled "a" to an indicated goal position.

Now, an autosolver is embedded into these games. At any time you may press the (=)-key to begin stepping toward a solution.

#### Gameplay:
First, one selects a block or vehicle by typing its identifier letter. Then use the arrow keys to move it. Here, "?" toggles the help screen. Note that manual selection is not always necessary as there is an auto-select mechanism for those times when only one selection may move in a given direction. The "+" and "-" keys [next, previous] are used to cycle through the large number of predefined puzzles.

Move the pusher >< with the arrow keys in order to push all the boxes [] onto the goals :: in which case they look like {}. Various other functions available on the help screen. Includes a very large family of puzzle files.

Two [external] sokoban solvers named puller & ibox have been added. The command line is "solver-name puzzle-file-name max-levels level-number". Note that the max-levels are embedded into each puzzle file name.

The output file (named similarly to the input file) contains directions from the set {u,d,l,r,U,D,L,R}, where upper case indicates a push. It is size-limited to 17 or fewer boxes, and 128 or fewer interior puzzle positions. Compile it with the command "cmp.sh puller" or "cmp.sh ibox".

There are many cases these solvers cannot handle, but they are pretty good at sovling certain types of puzzles, particularly the more dense ones.

But now a time-limited solver is embedded into tsok. At any time you may press the (=)-key to see if the solver can help you. If so, you will be prompted to keep pressing that same key to proceed toward a solution. No prompt means either the present state is unsolvable, or merely that the embedded algorithm failed.

### Terminal-HoleInOne (thio.adb, thio4.adb)
Move the 2x2 'a' block into the center of the four L-shaped corner pieces.

There are three scripts, wbuildall.bat for msWindows, lbuildall.sh for Linux, and obuildall.sh for OS-X.  They differ in where the executables are put.  Now with so many different precompiled binaries for each OS, there would be too much clutter if they were all put into the same place.

Manually install GNAT GPL from libre.adacore.com/download/.  If you don't like my key-mappings, edit the code as you like.

Next, edit the scripts wcmp.bat or lcmp.sh or ocmp.sh so that the path to gnatmake is correct.  These scripts streamline the build process by allowing auxilliary files to be neatly hidden in subdirectories.  And make sure it is executable.

Then type "[wlo]buildall" to create new command-line executables for your system.

For example, on OSX, you would open a terminal, and cd to the install directory and type:

to run the Sokoban game.

TerminalApps is covered by the GNU GPL v3 as indicated in the sources:

This program is free software: you can redistribute it and/or modify
it under the terms of the GNU General Public License as published by
the Free Software Foundation, either version 3 of the License, or
(at your option) any later version.

This program is distributed in the hope that it will be useful,
but WITHOUT ANY WARRANTY; without even the implied warranty of
MERCHANTABILITY or FITNESS FOR A PARTICULAR PURPOSE. See the
GNU General Public License for more details.

You may read the full text of the GNU General Public License
at <http: www.gnu.org="" licenses=""></http:>.

Mike Billars [michael@gmail.com] for his C-version of Pacman for the console, after which this Ada version was modelled (gnu gpl). 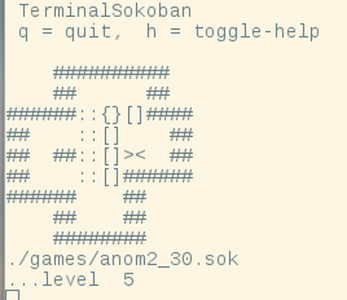 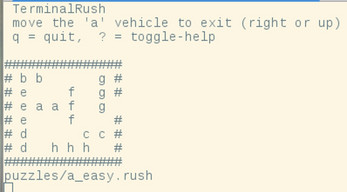 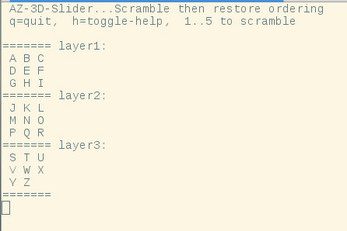 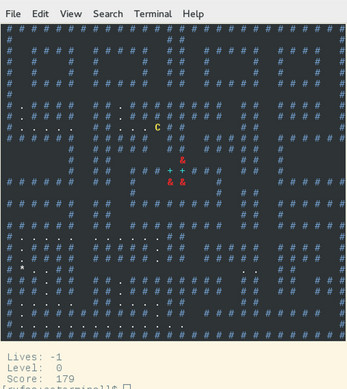